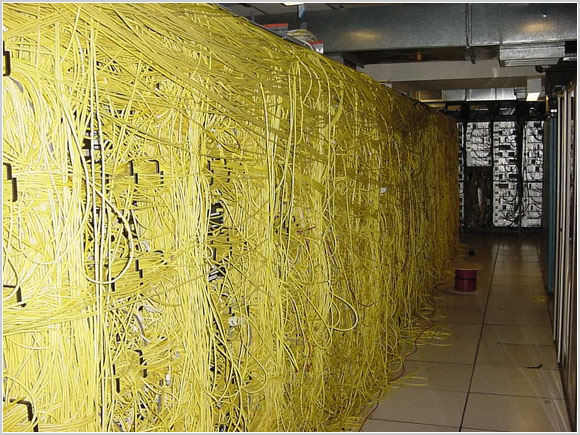 This article was originally posted to my old blog on January 23, 2012.

One of the first things that I learned in my foray into the world of telephony was how to effectively use a cable toner.  Although I had used a toner before to trace network cabling, it was a different ball game using it with 66 and 110 blocks instead of modular patch panels.  For those who might not know, a cable toner consists of two parts, the tone generator, and the probe.

The probe detects the tone(signal) placed on the copper line and generates an audible sound.  The stronger the signal is, the louder the sound will be.  In telephony, you usually plug the tone generator into a station cable that is in need of identification and then you take the probe into the IDF.  When you get to the IDF, you can run the probe up and down the rows of the 66 blocks, but that method won’t always get you the results you want.  An experienced telephone guy taught me to hold the probe in one hand near your ear (so you can hear it well) and then use a finger on your other hand to run down the conductors.  When you hear a tone, you can isolate it by using your finger to touch only one pair of conductors.  For example, if the tone is coming on the blue/white cable pair you should be able to place your finger on the orange/white pair and not hear the tone, but when on the blue/white you will hear the tone.  There is only one drawback to the finger method… phones use voltage to ring which means that if you happen to hit a ringing line, it might bite a bit.

My particular model of toner is a Fluke Networks IntelliTone which has a digital tone option.  This comes in handy when there is a digital phone signal or data signal on the line.  Using this option is the same as the analog method, but many times it will power through noise on the line.

Another thing to keep in mind when toning out cables is how the color code corresponds with a modular jack.  Remember that most telephone cabling now uses the same color code as Ethernet.  Because of the switch to VoIP, cabling is often now run as all CAT5e or 6 and then used for voice.  When this is done and you plug in your tone generator, the tone will go on the blue/white pair (pins 4 and 5) since they are in the position for “line 1”.  To split out the pairs you would have to have a “banjo” that has a modular jack on one end and conductors on the other corresponding to each pair.